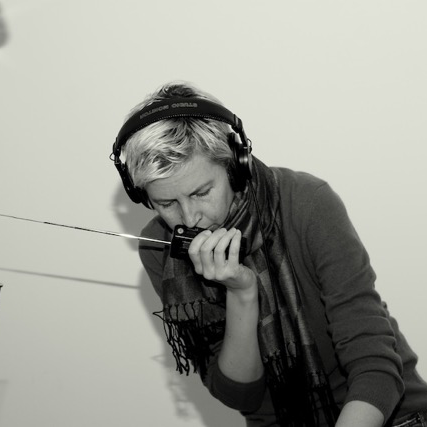 Anna Friz began broadcasting on campus/community radio CiTR Vancouver in 1993. Since then she has created audio art and radiophonic works for extensive international broadcast, installation, or performance in more than 25 countries, where radio is the source, subject, and medium of the work. She also composes multi-channel atmospheric sound works for theatre, dance, film, and solo performance that are equally able to reflect upon public media culture or to reveal interior landscapes. Anna holds a Ph.D. in Communication and Culture from York University, Toronto and is Assistant Professor of Sound in the Film and Digital Media Department of University of California, Santa Cruz. She is a steering member of the artist collective Skálar | Sound Art | Experimental Music based in East Iceland and a long time affiliate artist of Wave Farm (formerly free103point9) in Acra, New York. Anna is also an itinerant member of the Toronto-based collective Public Studio, which together won a 2014 City of Toronto commission to create a new permanent sound installation in the Lee Lifeson Arts Park in North York, Toronto.
http://nicelittlestatic.com/